Posted on September 14, 2020 by Jonathan Symcox 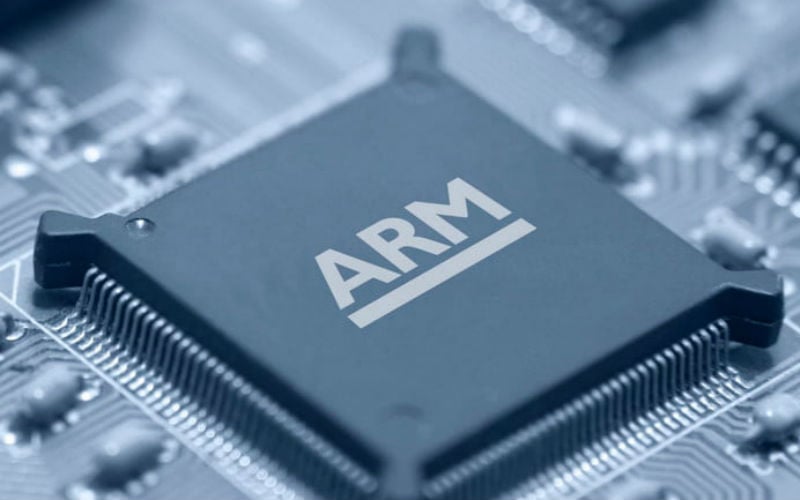 Cambridge chipmaker ARM is to be sold to American graphics chip specialist Nvidia by Japanese giant SoftBank in a $40 billion deal.

However concerns have been raised about what would be the world’s largest ever semiconductor deal, should it complete as expected in 18 months – and there is a chance it could be blocked.

ARM, which was sold for $32bn to SoftBank four years ago, has seen 180 billion of its chips shipped to-date by its 1,000-plus licensees, which include every major smartphone maker.

The deal will see Nvidia pay SoftBank a total of $21.5bn in Nvidia common stock and $12bn in cash, which includes $2bn payable at signing. Nvidia also pledged to issue $1.5bn in equity to ARM employees. SoftBank’s holding in ARM would be under 10 per cent.

Nvidia said it would invest in ARM’s Cambridge HQ, including the building of a new supercomputer, training facilities for developers and a start-up incubator, and keep its IP registered in the UK.

“AI is the most powerful technology force of our time and has launched a new wave of computing,” said Jensen Huang, founder and CEO of Nvidia. “In the years ahead, trillions of computers running AI will create a new internet-of-things that is thousands of times larger than today’s internet-of-people. Our combination will create a company fabulously positioned for the age of AI.

“Simon Segars and his team at ARM have built an extraordinary company that is contributing to nearly every technology market in the world.

“Uniting Nvidia’s AI computing capabilities with the vast ecosystem of Arm’s CPU, we can advance computing from the cloud, smartphones, PCs, self-driving cars and robotics, to edge IoT, and expand AI computing to every corner of the globe.

“This combination has tremendous benefits for both companies, our customers, and the industry. For ARM’s ecosystem, the combination will turbocharge ARM’s R&D capacity and expand its IP portfolio with NVIDIA’s world-leading GPU and AI technology.”

ARM CEO Simon Segars said the UK and US firms have a “shared vision” to help address the world’s most pressing issues from climate change to healthcare, agriculture and education.

“Delivering on this vision requires new approaches to hardware and software and a long-term commitment to research and development,” he added.

“By bringing together the technical strengths of our two companies we can accelerate our progress and create new solutions that will enable a global ecosystem of innovators.”

However two of ARM’s founders, Hermann Hauser and Tudor Brown, want the UK firm to remain “neutral” – avoiding a conflict of interest whereby its clients, which compete with Nvidia for sales, are dependent on a rival – and also fear US central government could attempt to block it from supplying products to China.

Adam Gibson, CEO of Konduit and VP of Skymind Global Ventures, told BusinessCloud recently: “If the deal goes through, this would be a huge win for Nvidia – and it’s both exciting as well as potentially terrifying.

“It would herald ‘a new king of chips’: until a few years ago, Nvidia’s reputation was for creating graphics units for gaming computers. The purchase of ARM, whose designs are used in billions of processors, would crown Nvidia as the top chipmaker in America.

“The deal would boost Nvidia’s position in an almost unprecedented capacity. The company’s expansion has already seen it move from video games to AI and giant computer servers – but now, they would have the chance to compete with reigning semiconductor king Intel and other general-purpose CPU makers.

“The deal could dramatically alter the semiconductor landscape and could have ripple effects throughout the chip industry, threatening its rivals: an ARM acquisition could enable NVIDIA to provide complete platform solutions along with its GPU technologies, from machine learning, AI, cloud and big data applications, to its own CPU offering as well.

“How much should one company be allowed to own? Is this deal one step too far?”

Gibson believes the deal could have negative effects on the ecosystem which are unlikely to be easily overlooked.

“This could be an overstep that lands the company in a mine of regulatory hurdles as it faces competition scrutiny,” he explained.

“We think there’s a strong possibility that Apple and other ARM users might move away from ARM if Nvidia owns it. One of ARM’s most attractive features is that its technology is used by all the major chip firms – but if a deal like this goes through, we believe it could be dangerous for players like Apple and Samsung who both deeply customise ARM processors.

“For instance, the chips inside an Apple iPhone – like those in nearly each smartphone all over the globe – are based on the instruction-set architectures from ARM. That lost opportunity to bid on Apple’s iPhone business was one of the reasons Intel is thought to have lost the mobile market – alongside its fatal error to sell its ARM division and XScale processor.

“Up until recently, Huawei – which has surpassed Samsung to become the world’s largest smartphone maker – was also using Arm chips but was forced to cease production of its custom Kirin ARM chips.”