Today we can reveal the inaugural Wales Tech 50 – our ranking of the country’s most innovative technology companies.

Biopaxium Technologies leads the way after securing backing from both an independent judging panel and our readers. The Wrexham company is producing a smart, eco-friendly alternative to plastic in ready meals and modified atmosphere packaging.

It is the culmination of a 15-year journey for founder Peter Davies, who travelled throughout Europe and Asia to compile extensive research on an array of proprietary technologies to ensure the product was up to scratch, cost-effective and able to enter the ‘circular economy’.

Seven billion ready meals are produced in Europe alone each year and the vast majority end up in landfill or incineration, both of which harm the environment.

“I’m overwhelmed because it will allow me and the business to get out there and make a difference to our planet,” he told BusinessCloud after topping the ranking. “I think we all need to be doing that at this moment in time.

“We’re only going to scratch the surface of what needs to be done, but at least we will have that small impact.

“We’re very proud. What BusinessCloud has done to increase the profile of new start-up companies has been incredible.” 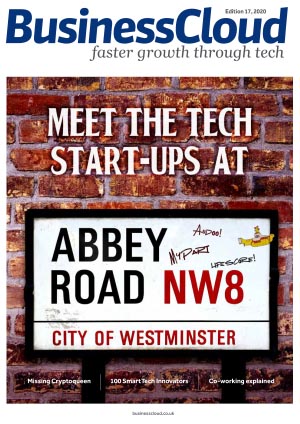 Cardiff and nearby Caerphilly contributed seven of the top 10 companies in this year’s Tech 50.

Rescape Innovation, VR to support patient recovery and rehabilitation, was in second spot and is based in the capital.

Confused.com, the comparison site for insurance and financial services, and Health and Her, which provides expert information and products for the menopause, rounded out the top five. Both are based in Cardiff.

You can see the full top 50 ranking, which was compiled from a shortlist of 85 disruptive companies creating innovative technology solutions, here.

The public vote on the shortlist attracted more than 1,300 votes. A panel of expert judges also made their choices. The final 50 ranking was decided from a combination of these.

Wales Tech 50 is one of 11 annual regional ranked lists which shine a light on the companies of all sizes who are doing amazing things with technology.

We publish one ranked list a month every year from February through to December. The rankings are accessible from the ‘featured lists’ dropdown on the website navigation above.