Posted on October 8, 2020 by Jonathan Symcox 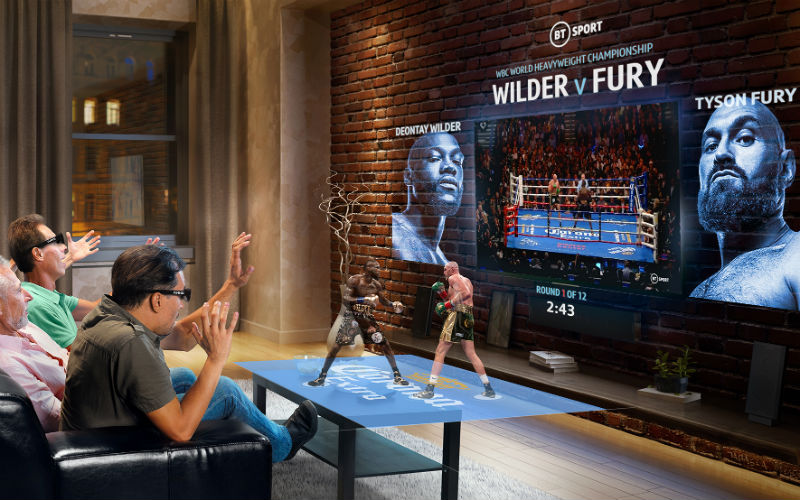 Condense Reality has raised an £800,000 seed round and will be collaborating with BT to further develop their hologram-style immersive streaming tech.

BT is working closely with the Bristol firm on the next-gen tech, which enables viewers to watch events on their tabletop alongside traditional broadcast.

The firm secured £220,000 from SFC Capital with the remaining funds come from two grant awards as well as smaller commitments from RLC Ventures and angel investors.

The investment will see Condense Reality increase its R&D capabilities and commercialise its technology over the next 12 months.

Condense Reality has developed a system for streaming hologram-style 3D ‘volumetric video’ of live events alongside a normal television broadcast.

BT collaborated with the company in the DCMS-funded trial which included the University of Bristol, The Grid Factory and Salsa Sound. Condense Reality will initially focus on optimising its technology for boxing, with other sports to follow.

Until now, capturing volumetric video – which creates a three-dimensional image that can be viewed by multiple people from different angles – required fixed studios with green screens and hundreds of precisely-calibrated cameras, and it took days to process minutes of content for streaming.

Condense Reality says it has developed a solution that enables broadcasters and content creators to capture and stream volumetric video in real time, outside the confines of a studio, and with far fewer cameras.

Its CR Capture platform uses state-of-the-art computer vision and deep learning to accurately reconstruct the contents of a scene in seconds, while CR Stream enables broadcasters to stream that content to viewers via their own augmented or virtual reality headsets – including Oculus, Vive, Microsoft Hololens, and Magic Leap.

The multi-platform CR Playback app gives viewers control of their experience through an intuitive 3D UI.

“Our technology aims to bridge real and virtual worlds by enabling broadcasters to record live events as volumetric video and instantly stream them to viewers,” said CEO Nick Fellingham.

“Our initial focus has been on recording sports, in particular boxing, so to be working on this project with BT, one of the biggest boxing broadcasters in the world, is a huge opportunity.

“At a time when many sporting events cannot be viewed in stadiums, enhancing the communal viewing experience in the comfort of your own home is more timely than ever.

“We see a bright future for volumetric video, with modern augmented and virtual reality technology providing consumers with the necessary hardware to enjoy volumetric content to its fullest.

“This hardware continues to improve at a staggering rate, and the mooted launch of an Apple AR headset in 2022 could see adoption explode.”

Condense Reality is the first of SFC Capital’s commitment to invest £5 million before the end of this year – and another £5m next year – into regional start-up gamechangers to help boost the post-COVID economy.

CEO Stephen Page said: “SFC Capital prides itself on investing today in the innovations of tomorrow at their earliest stage – by investing in Condense Reality, we are not only investing as augmented reality becomes part of the home viewer experience, but as we begin our investment commitment in the regions.

“For years SFC Capital has believed in the quality of innovation going on all around the UK, not just in London as the epicentre of the investment ecosystem – and we have the receipts in the shape of a geographically diverse portfolio spanning the length and breadth of the country.”