‘Death is incredibly stressful – we need to cut the red tape’ 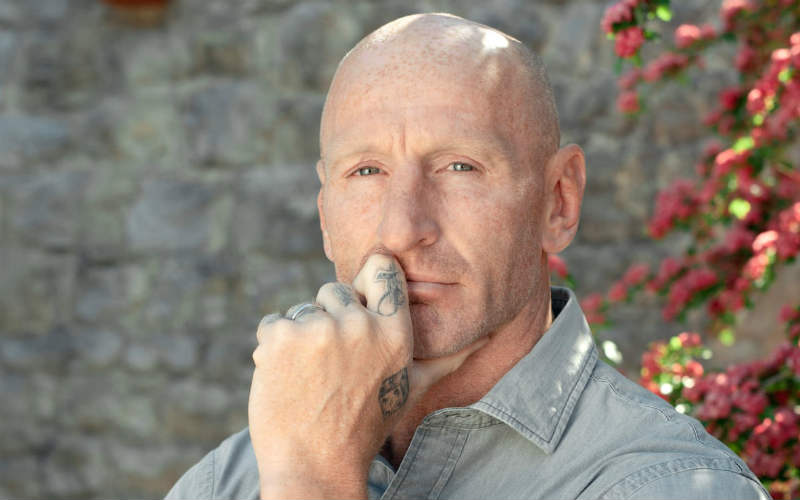 The death of a loved one is the most emotional time of someone’s life.

Sadly it is also one of the most stressful as an historic industry which maintains an aura of doom and gloom demands “unnecessary formalities” around the execution of wills and other technicalities.

Gareth Thomas is one of rugby union’s most iconic players. In a sport renowned for placing physical demands upon the body, he accumulated 100 caps for Wales, starred for the British & Irish Lions and even played for the Wales Rugby League side briefly.

Sadly the COVID-19 pandemic claimed the life of his uncle – and the experience has left a mark on him.

“My uncle sadly died alone in hospital as we weren’t allowed to visit. It was heart-breaking to think of him on his own,” he said.

“Then all the formalities that had to be dealt with, such as the funeral, sorting out his will, and organising probate… it was all extremely difficult, and made an already-tough situation a lot worse.

“Death is incredibly stressful – especially if it’s the first time someone has had to deal with a death. It can leave your head all over the place.

“The unnecessary formalities around the whole industry just have to be made simpler. We have to find a way to make it easier.”

Now 45, the retired sports star revealed last September in an emotional video that he was living with HIV and wanted to “break the stigma” around the condition. Soon afterwards he completed a gruelling Ironman triathlon to highlight how you can be HIV positive and lead a healthy life.

However following the loss of his uncle, Thomas plans to write his own will.

“The topic of death has never been talked about so much. It’s led us to almost desensitise the issue. In some ways, this could be seen as a positive. Death is something we’ll all go through at some point, and feeling comfortable to talk about and prepare for it can bring you peace,” he said.

“The pandemic has definitely made me sit back and take stock of my life. You just don’t know what’s around the corner, and it’s made me realise what my loved ones will have to deal with when I pass.

“It’s motivated me to make it as easy for them as possible. Once lockdown has lifted and it’s easier to get it witnessed, I’m going to sort my will out.”

The London firm, which aims to help people write a legal will in 15 minutes, spoke to 1,000 people in the UK who have lost someone to COVID-19.

It reported that 94% felt the processes and administrative tasks associated with death have been negatively affected during this time, causing stress on top of their grief.

Almost half said that services have slowed down, while a similar proportion said simply registering the death has been difficult due to restrictions.

On top of this, 39% say it’s almost impossible to handle things like pensions, tax and probate; 27% have found companies closed when they’ve been trying to organise aspects of the funeral or probate; and 24% have been told that things are ‘on hold’ until after the pandemic.

Dan Garrett, CEO and co-founder at Farewill, commented: “In light of these findings, and bearing in mind the extra financial difficulties many are facing right now, we think the processes around death need to change.

“The industry hasn’t moved on in centuries. It’s gloomy, intimidating and expensive. People who have suffered a loss are often going through one of the toughest experiences of their lives – and we have to make it easier for them.

“The pandemic has highlighted some of the issues but, to be clear, they were there long before it started. We speak to hundreds of customers every month, and lots of them express frustration with the complications and costs surrounding death.

“Farewill provides a cheaper, more personal and more convenient service when it comes to will-writing, simple cremations and probate. There’s no reason why everything can’t be done over the phone or online, and within a fraction of the time people expect.

“The bereaved need time to focus on the important stuff – whether that’s being with their family or organising a memorial service in their own way.”