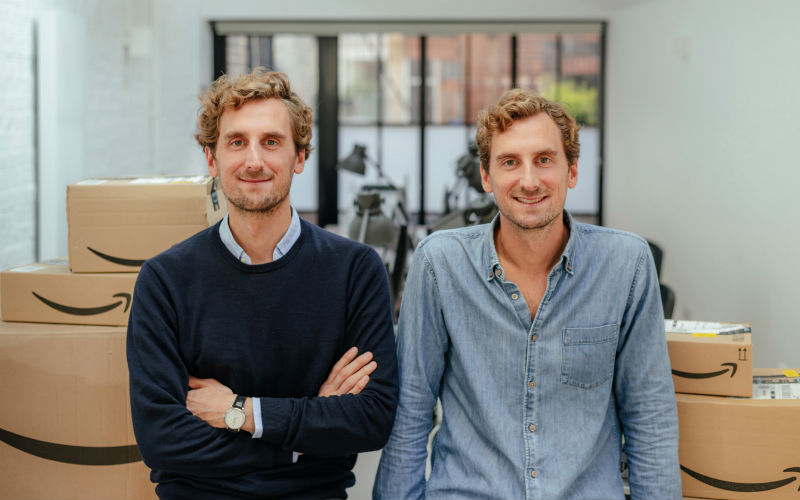 An eCommerce start-up has exited stealth mode and announced £49 million of funding.

Heroes, based in London, buys and scales eCommerce businesses that use Amazon for the entire fulfilment process and customer service.

The funding round, which will be used to finance further acquisitions and grow these brands, was led by Fuel Ventures and 360 Capital Partners.

Also participating were Upper90 and angel investors including Matt Robinson, co-founder of GoCardless and Nested, and GoCardless COO Carlos Gonzales.

Heroes’ model resembles that of US-based unicorn Thrasio. The business was co-founded by identical twins Riccardo and Alessio Bruni this summer.

The former has a background in VC investment and mergers and acquisitions at EQT Ventures and Merrill Lynch, while the latter has worked in M&A at Perella Weinberg Partners and was a VP at South East Asian eCommerce giant Lazada.

“We’re excited to come out of stealth mode and announce our first funding round,” said Riccardo.

“The support from investors since our early days has been a huge vote of confidence in both our vision and the team.

“We are moving at an unprecedented speed having closed our first couple of acquisitions and already achieved profitability.

“Our goal is to become Europe’s largest acquirer and operator of Amazon FBA brands in the coming years and we’re looking forward to partnering with exceptional brands and entrepreneurs going forward.”

Mark Pearson, CEO at Fuel Ventures, added: “With a proven business model and two excellent founders in Riccardo and Alessio, Heroes have the requisite tools needed to be the major player within the European FBA ecosystem.

“From our initial discussions all the way through to leading what is one of the largest seed rounds seen across Europe, we’ve been incredibly impressed by Riccardo and Alessio’s joint vision for the business and their plans to execute.

“Investing into Heroes was a golden opportunity and we couldn’t be more excited to be a part of their journey going forwards.”