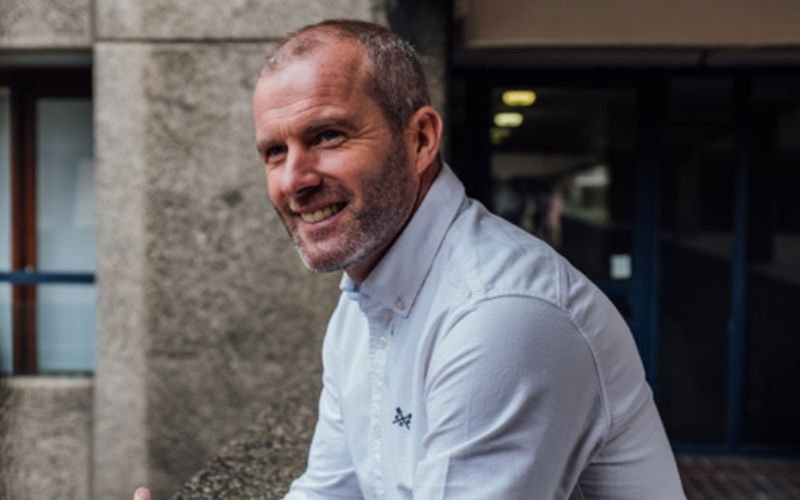 The founder of an EdTech start-up believes that universities and employers need to look beyond exam results to find true talent.

Former teacher Ben Mason describes globalbridge as a ‘mix between Facebook and LinkedIn for education’ and says the recent furore over A-levels highlights the pitfalls of relying exclusively on exam results.

Last week the government did a U-turn by saying A-level and GCSE students in England will be given grades estimated by their teachers rather than by an algorithm.

However it’s left thousands of students struggling to find university places for the current academic year and Mason says it underlines a major flaw in the system which he says globalbridge is trying to fix.

As a teacher he became increasingly aware of the disconnect between industry and education and launched globalbridge in 2017 to allow young people to showcase their talents that exam grades can’t do on their own.

He said: “globalbridge is using technology to level the playing field and overcome the limitations of a system which, to date, has relied heavily on personal connects to open the doors to opportunities for young people’

“Built by teachers who have experienced the barriers young people face, globalbridge is well placed to support an education system post-Covid to ensure an opportunity guarantee for all young people.”

The company launched an app six weeks ago and provides a multimedia digital profile for life which enables students to showcase their talents beyond grades alone. It enables them to safely access future opportunities in FE, HE, apprenticeships and employment.

Explaining how it works he said: “We provide students and young people with a digital multi-media profile to evidence their skills and qualifications.

“For example if someone says they’re fluent in French, globalbridge will show a video of them speaking in French. If you’re a grade eight pianist the platform will show evidence of you playing a piano.

“We’ve built this knowing that the education system is not fit for purpose in a digital age.

“As a teacher I became frustrated by the fact that students were judged only by a piece of paper. These days our young people are living on Instagram and social media but when they apply to universities or UCAS they’re judged on their grades and a 4,000 character personal statement. Young people are slipping through the net.”

The 43-year-old had the idea for globalbridge while working as a secondary school teacher for 16 years and said students can attach a URL link to their UCAS personal statement.

globalbridge provides a digital record of achievement to allow young people to showcase their full range of talents and that they are more than a list of grades.

The platform also enables employers with a way to engage with education and recruit talent based on their skills, talents, aspirations and qualifications.

It also allows universities to engage a much wider group of young people, removing many of the barriers that exist.

Mason said: “As a teacher I know how universities come into school to do presentations to engage with schools that were spitting out the type of talent they were looking for.

“The way globalbridge is working is to allow universities to engage with talented people earlier to present them with the opportunities that exist at their universities. It’s all about engaging with young people earlier.”

globalbridge employs six people and has been through three funding rounds.