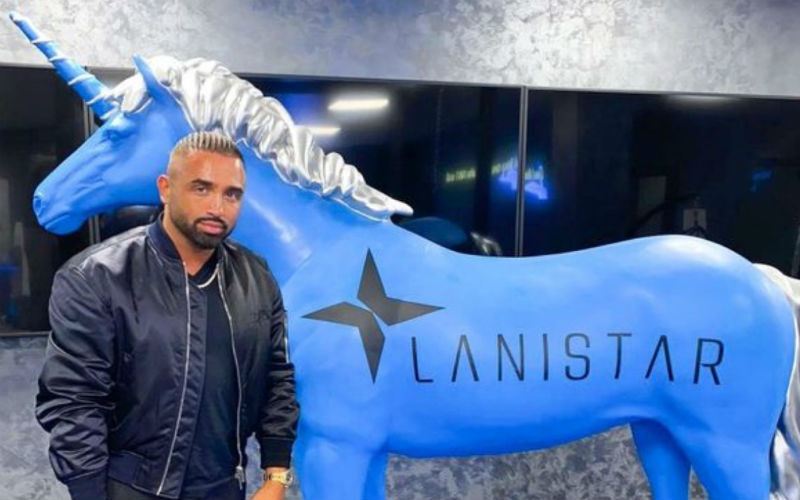 London FinTech Lanistar hit the headlines last week after the Financial Conduct Authority issued a warning against it.

The company, which is targeting millennial and Gen Z users, is yet to launch its polymorphic payment cards. The company claims this Volt card can be linked to up to eight bank cards, with users swapping between them using a unique keypad, which generates PIN and CVV2 codes which expire after one use.

In issuing a warning to would-be investors and customers of the company, regulator the FCA stated that the firm was providing services or products without authorisation.

However, the FCA withdrew its warning on Friday following changes made by Lanistar, stating: “Following the FCA receiving a number of consumer reports… we issued a consumer warning against Lanistar.

“The firm agreed to add an appropriate disclaimer to its marketing materials updating its regulatory status to confirm that it is not conducting regulated activities. The firm is also going to amend certain aspects of its website. On that basis we have removed the consumer warning.

“The firm has confirmed it is in a pre-launch process. We will be working with the firm closely ahead of their launch.”

Lanistar launched apps last week on the Google Play Store and Apple App Store, with the cards set to launch in January.

Lanistar said it has already signed up more than 200,000 interested consumers on its waiting list and achieved 7.8 million engagements via its influencer content on Instagram in the first 72 hours. Additionally, the company secured 70,000 followers on Instagram and 4.1 million clicks on its online app store.

A spokesperson noted that “legal and regulatory compliance are central to the company’s business model” and that it “would not be providing financial services or products without the FCA’s authorisation”.

The company also said that its intended future services be through partnering with firms that are authorised by the FCA to provide financial services or products.

Within the Lanistar app, users can monitor activity across all of their payment methods, change the payment card used up to seven days after a payment was made, set financial goals, and round up and split payments.

A partnership with Mastercard means that, in theory, users will be able to make payments around the world, translating into multiple currencies. Payments issuer processor Global Processing Services was the latest FinTech partner announced this week.

Gurhan Kiziloz founded the business last year after experiencing disappointment with the tools provided by the high-street banks to manage his money.

In announcing £15 million investment from Milaya Capital in July – which reportedly valued the business at £150m – he told BusinessCloud that his aim was to build a £1 billion business “through aggressive user acquisition [as well as] great and scalable customer service”.

However, three months on, Lanistar’s PR representatives contacted BusinessCloud to request that we change the story to remove all reference to Milaya Capital and say instead that “family members of CEO, Gurhan Kiziloz” had provided the investment.