Posted on September 28, 2020 by Alistair Hardaker 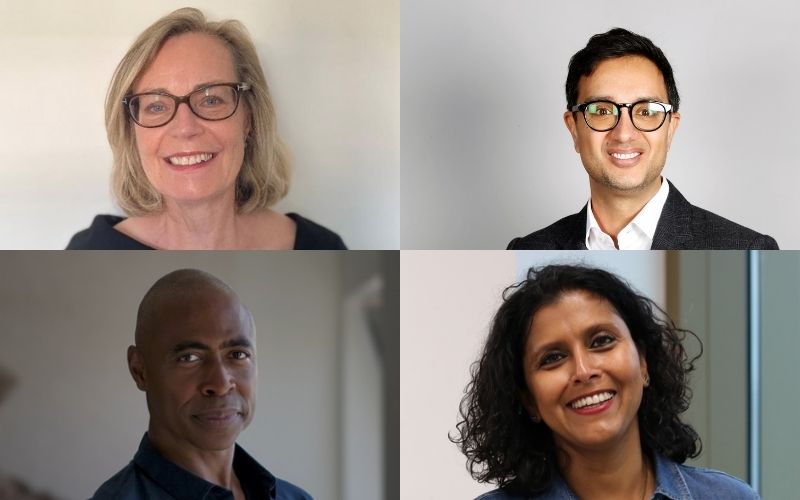 Tech Nation has announced the appointment of four new Directors joining its Board, including the Audit Committee and Remuneration Committee Chairs.

The announcement comes as Tech Nation plans to help 1,000 scaling tech leadership teams across the UK, generating an additional $1Bn to the UK economy by March 2022.

The appointments include Annette Wilson, who has spent the past twenty years in leadership roles in growth and venture capital firms.

She was founding CFO of Palamon Capital, a European growth investor, and most recently she was Partner and COO of Finch Capital, a fintech firm investing in Europe and South East Asia.

She served on the investment and valuations committees and was also actively involved in portfolio management, fundraising and investor relations.

Prior to joining the VC industry, Wilson held management roles with LSE listed companies in the insurance industry, having started her career at PricewaterhouseCoopers.

Eric Collins is a technology executive who brings experience from roles at AOL, TimeWarner, Tegic/Nuance Communications, MobilePosse, SwiftKey/Microsoft and most recently, Touch Surgery, where he was COO.

In 2018, he was part of a prominent group of black European and US serial entrepreneurs, institutional investors, investment bankers, corporate leaders and entertainers to found Impact X Capital Partners.

Hussein Kanji, a partner at Hoxton Ventures, also joins the board.

He currently represents Hoxton on the boards of Biotx, Giraffe360, Kbox Global, Skin Analytics, SOC.OS, TourRadar, XYZ Reality and Yieldify, and serves as a board observer on Behavox, Darktrace, Fy!, Karakuri, Loveshark and Panakeia.

He previously served on the boards of Babylon Health, bd4travel (acquired by Dnata), Campanja (acquired by 24/7 Media) and Deliveroo.

Prior to forming Hoxton, Hussein was an associate with Accel Partners in London.

He joined Accel from Microsoft Corporation in Redmond, WA. Earlier in his career, Hussein worked with startups, Safe-View (acquired by L-3), Radiance Technologies (acquired by Comcast) and Studio Verso (acquired by KPMG), all in the Bay Area.

Kanji has also helped the UK government with policy initiatives to develop the local tech industry.

The final appointment is Trecilla Lobo, currently SVP of People at BenevolentAI.

She is responsible for talent acquisition, people experience and culture, people analytics, as well as office and facilities.

Lobo brings over 20 years experience in senior HR roles in digital media, pharmaceutical and technology companies, including Trader Media Group (which was part of the Guardian Media Group), Johnson & Johnson and Receipt Bank, with experience of scaling fast growth companies to create an engaging culture.

Lobo was also the Chief People Officer at Swiftkey, which was acquired by Microsoft (in 2016) and took on the role of HR Lead for Artificial Intelligence at Microsoft (UK) post acquisition.

Stephen Kelly, Chair, Tech Nation, said of the new hires: “I’m looking forward to working with Annette, Eric, Hussein and Trecilla, who bring their invaluable experience to the Tech Nation board.

“The stakes are high for the UK given the Covid-19 economic fall-out and it was imperative to build an exceptional, world-class board to lead Tech Nation’s delivery of a key aspect of Britain’s vision for the future in taking the UK’s tech companies to global market leadership.”