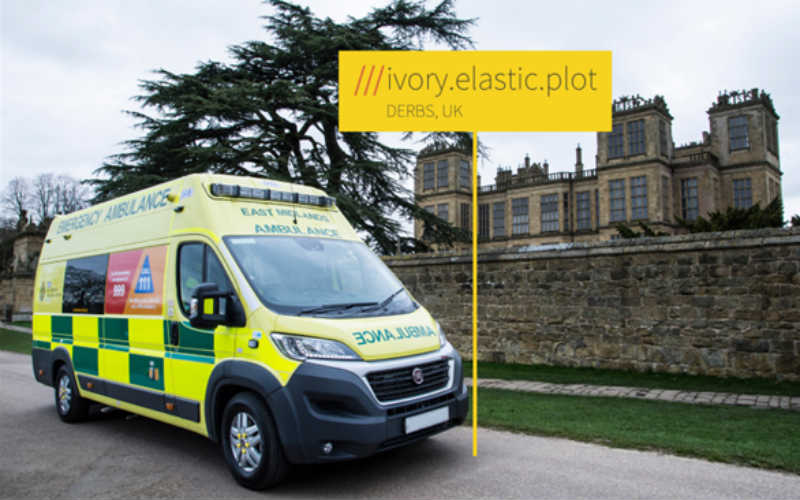 Around 80% of UK’s emergency services have also adopted tech

The platform, available as a free app and also on its website, separates the globe into a grid of 3m squares, assigning each a unique identifier made up from three dictionary words.

This allows people to find a precise location within a building or buildings spanning several postcodes. It could help reduce transmission of COVID-19 and other infections.

For example, the temporary hospital at UWE’s Bristol Exhibition and Conference Centre is located at the largest of three UWE campuses, spread throughout the city. All three facilities are largely unfamiliar to the planning teams and ambulance crews who may need to use them. To help everyone know exactly where to go, what3words addresses have been identified for key drop-offs: ambulance staff entrances, points for vital equipment deliveries such as PPE and controlled waste disposal areas.

“We are being used by a variety of NHS trusts to label key points around Nightingale and many other hospitals – everything from entrances and exits to equipment delivery and specific departments – because they don’t want people having unnecessary contact with others,” CMO Giles Rhys Jones tells BusinessCloud.

“If you’re going to the maternity ward, you want to go straight there; you don’t want to go to reception and speak to someone to get directions then try and work your way around.”

Ami West, Emergency Preparedness, Resilience and Response (EPRR) Officer for the South Western Ambulance Service, says: “In the current pandemic we need to ensure our people and supplies arrive exactly where they are needed safely. We wouldn’t want orders delivered to the wrong place, as it might take time to trace and redirect them.

“what3words addresses help our drivers and supporting military personnel – who have stepped in to run our hospital stores – to find precise drop-off and collection points faster and more easily.”

The firm’s algorithm translates every set of GPS coordinates – 57 trillion of them – to a unique combination of three words, which are randomly generated to keep similar-sounding combinations far apart.

This is also helping small businesses who have adapted to life under lockdown, with what3words having developed plugins for eCommerce platforms such as Shopify to allow the easy introduction of a what3words field at checkout.

“We have seen an increase in the past month or so in deliveries and eCommerce and small business using us, particularly around contactless delivery,” says Rhys Jones.

“There’s been a huge increase of small businesses going direct to consumer, such as restaurants doing deliveries themselves. More and more of them are adding what3words fields in their checkout process because it just makes it much easier to find places.”

Businesses as diverse as nationwide online retail giant AO.com and Fryer’s Fish and Chip shop on the Isle of Man are using the tech.

Postcodes on the island often drop pins into the middle of the sea. “Fryer’s can waste up to 30 minutes trying to find the right spot!” says Rhys Jones.

Rhys Jones recounted some of the other incredible use-cases of the tech for BusinessCloud last year, including navigation around the world’s biggest refugee camp. The firm also said last year that its tech had helped save the life of a woman who fell and suffered a head injury near Mount Everest.

It has recently seen a big rise in use of the tech by emergency services in the UK.

“People are not out and about anymore, or not as much as they were, but [before COVID-19] we were getting stories on a daily basis of it enabling rescues.”

The system is available in dozens of languages, with Welsh (Cymraeg) the latest to be added. 100% of police, ambulance and fire and rescue services in Wales are now using the tech to respond to 999 callers who provide the three-word addresses.

For example, the Youth Hostel Association’s Snowdon Pen-y-Pass site on the remote A4086 in Caernarfon can be found at ///nyrsio.archebion.dotiwch in Welsh or ///wage.rebel.mason in English.

To give an idea of the scale of such a development, the company worked with a team of 45 Welsh language consultants from prestigious institutions including the Welsh Language Digital Media Specialist at the Welsh Government, National Library of Wales and the Language Technologies Unit at Bangor University in order to create what3words addresses in Welsh for the entire world.

Neath Port Talbot Council is also one of the first local authorities to use the technology to help residents accurately report the location of incidents such as fly-tipping, potholes or fallen trees.

“Towards the end of last year, we were number one on both [Apple and Android] app stores for a period of time,” adds Rhys Jones. “We also got App of the Day in 128 countries from Apple, which was fantastic and a great validation of our approach.
“And on social media people love reporting lost trolleys to IKEA with what3words!”