Posted on September 24, 2020 by Alistair Hardaker 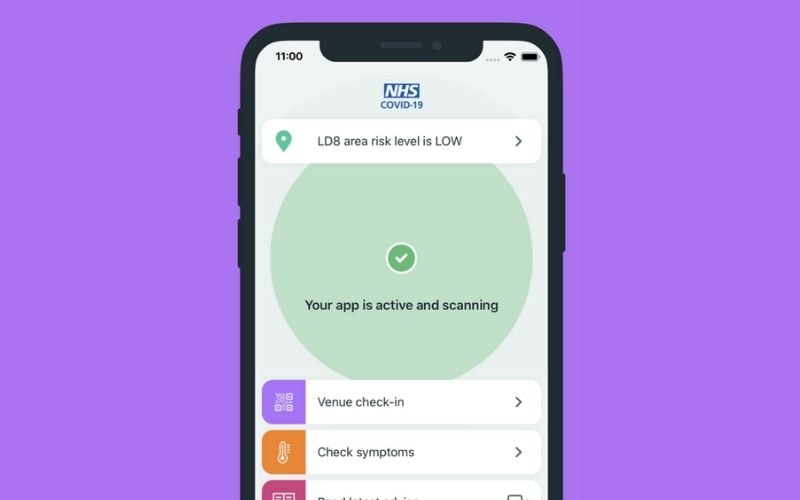 The government has officially launched a contact tracing app to the public six months after lockdown was imposed.

The app, available on Google’s Android and Apple’s iOS operating systems, comes from the Department of Health & Social Care.

Once downloaded, the app can detect nearby users who have confirmed they are positive via Bluetooth Low Energy, tech which already exists inside most modern smartphones.

Following detection, the app will tell users to self-isolate for 14 days. The app also functions as a check-in scanner to alert owners if a venue they have visited is found to be an outbreak hotspot.

The app, available to use by anyone over 16 years old, anonymously assess the distance over time between users.

The government said it is likely that encounters identified as “Close” are significantly within 2 metres and that those identified as “Far” are most likely over 4 metres away.

Those identified as “Medium” will include encounters that are somewhere in between.

The ability to measure distance via Bluetooth is dependent on where a user’s phone is on their body and the surrounding environment.

The NHS said there would be a “large degree of overlap between these three levels”.

He said that the human body, surroundings, the orientation of the device and even different manufacturing specifications could dramatically affect accuracy.

He said that these factors combined could make a device two meters away appear up to ten times further away.

“This could make a device that is very close look like its 20 meters away,” he said.

The full risk score will be calculated by an algorithm, factoring the whole interaction and balancing out these factors.

The NHS said this should provide a more accurate estimate of the distance and risk of transmission.

Signal strength between two close devices is measures every 3.6 minutes (on average) and the duration allocated to one of these three levels.

The total risk to someone from a given contact who has tested positive for coronavirus is summed across their interactions with that contact in a single day.

The NHS said the app does not look at interactions across multiple days as it uses new anonymous IDs every day in order to protect the privacy of users.

The score is multiplied by a factor recognising the infectiousness of the individual testing positive on the day of the encounter. This is 1 on the day that symptoms developed and decreases either side of this day.

The threshold for the app is currently 180, but the NHS said that the threshold can be changed as the app is updated, more data is available about the transmission rate of the virus, or due to behavioural factors.

How users are notified of infection

Since a trial version of the app was launched in August 2020, the risk algorithm has been updated and will now include infectiousness as a factor in the calculation.

High-risk encounters are classed as one where an individual has been within an estimated 2 metres of someone who has tested positive for Coronavirus for at least 15 minutes.

The app uses this as a basis for identifying high-risk encounters (those that trigger a notification), along with the infectiousness (of the individual testing positive) on the day of the encounter.