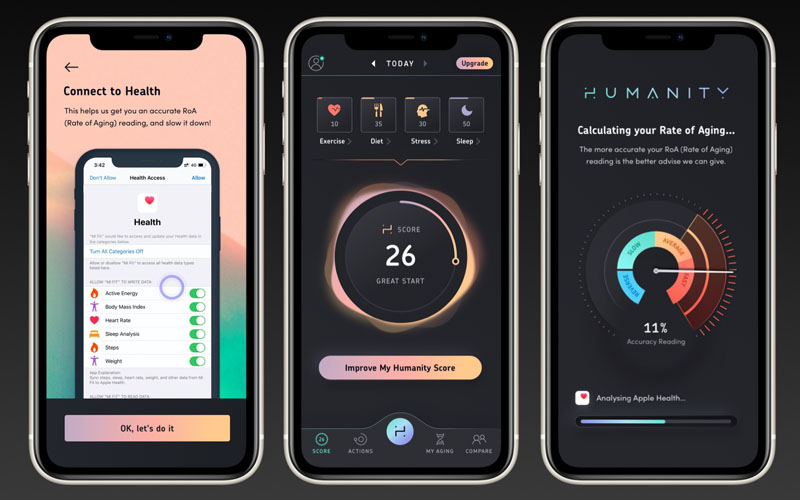 Humanity Inc, a new HealthTech app, has today launched from stealth mode, with a $2.5m (£1.9m) seed funding round.

The app aims to launch to the public in the UK and the US by early 2021, with a  ‘freemium’ subscription service that AI and algorithms to allow users to monitor their rate of ageing.

It said it can show users what actions they can take to slow aging down, or even reverse it.

Humanity is Ward’s latest venture after founding WAYN.com (Where Are You Now?), which was sold to lastminute.com after growing its user base to 20 million.

The investment round was led by US fund, One Way Ventures, and featured a total of 46 investors including HealthTech Angel investor Esther Dyson, Seedcamp, Jane Metcalfe (co-founder of Wired Magazine), and Michael Acton-Smith and Alex Tew (co-founders of Calm app).

de Grey commented: “There has been more focus on the science of aging in recent years causing an acceleration of breakthroughs. However, we still need ways to deliver these discoveries directly to the people. This is what Humanity was made to do and why I am so excited to support them on this mission.”

On launch, CEO Ward said: “Humanity will give people the power to have access to an accurate and clear feedback loop, helping them to know how they can be healthier, and if what they are doing is working for them or not. This is a superpower they have not had access to until now.”

Humanity is currently testing its product with users, and has a waitlist to gain early access.