Posted on September 14, 2020 by Alistair Hardaker 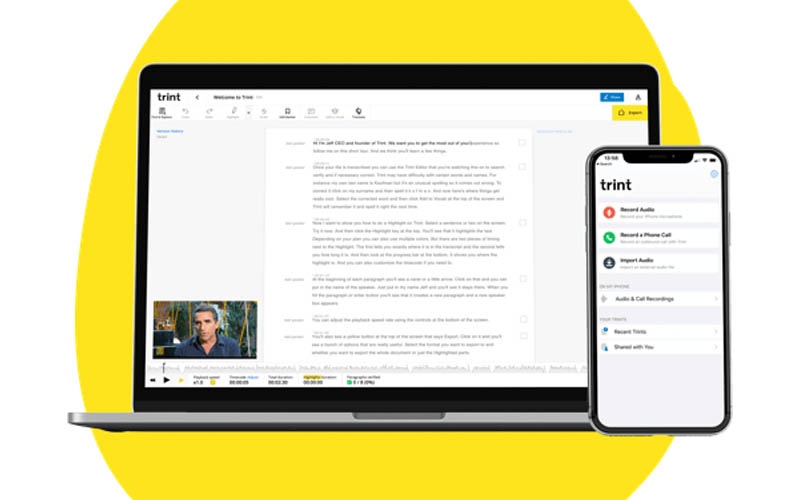 The funding from this Series A Acceleration Round includes additional investment from existing and new individual private investors.

Trint received institutional investment from The Associated Press and TechNexus in its Series A round in 2019 and early funding from The Knight Foundation.

“Trint has already struck a chord with thousands of users looking to work seamlessly across audio, video and text,” Matthew Lloyd-Thomas, Senior Manager of M&A and Investment at The New York Times Company, said.

“Audio and video are increasingly important mediums, and we’re excited to see Trint play a leading role in this evolving ecosystem.”

The firm, which has offices in London and Toronto, boasts clients including Nike, The Associated Press, Airbnb, CNN, and Spotify.

The company will use the funds to build out its platform’s features and  accelerate hiring, which has already grown by 50% in 2020.

“It’s both humbling and exciting to have the most respected name in journalism join us. As a software tool for storytellers there couldn’t be a better match,” said Jeff Kofman, CEO and founder of Trint.

Kofman, an Emmy-winning war correspondent, created Trint based on his 30 year reporting career with ABC, CBS and CBC News.

“We understand the need to find more efficient ways to work seamlessly across text, audio and video, and so does The New York Times Company. We’re excited to have The Times Company working with us as we define the new tools of the future for individuals and enterprise.”

Kofman added, “These additional funds, on top of our existing very healthy revenue growth and earlier investments, give us even greater runway to push product development and grow the company. This really is an exciting time for Trint as we create an entirely new software category with the backing of The New York Times Company.”

In a separate enterprise agreement, Trint will be deployed to journalists across The New York Times.

Founded in 2014, the firm claims to have been the first platform to leverage speech-to-text for audio, video and text content production.