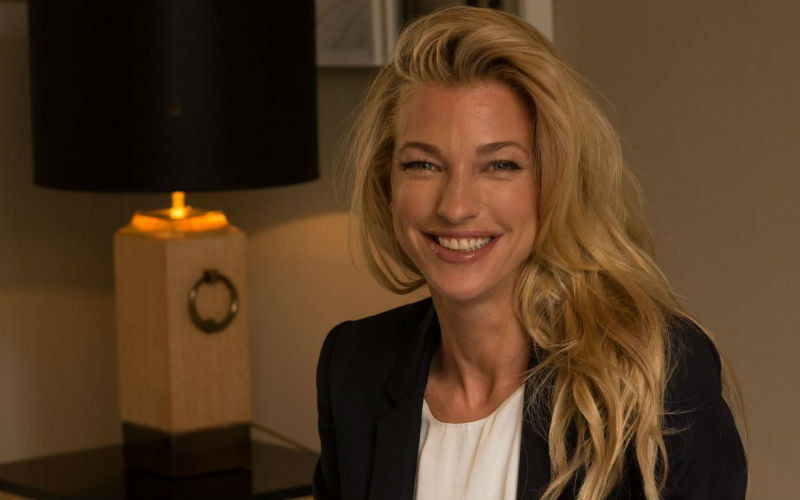 Nicole Junkermann is an international entrepreneur and investor, and the founder of NJF Holdings, an international investment company with interests in venture capital, private equity, and real estate. Through NJF’s venture capital arm, NJF Capital, Nicole oversees a portfolio of over 30 start-ups across three continents, including in healthcare, FinTech, and deep tech

In recent years, the way that sports fans have been able consume and experience live sporting events has changed at a rapid pace.

However, in these unprecedented times of the Covid-19 crisis, the previous lockdown and current social distancing measures across the world have devastated the sports industry. Finding an answer to the question of how traditional sports will keep their fans, broadcasters, and sponsors engaged in the coming months and years is something many sporting organisations will need to quickly solve in order to survive.

I have followed the sports broadcasting market throughout my career and it has been a fascinating journey to see how the market has evolved into the huge mainstream global industry it is today. But what we face now is a truly exceptional challenge. The sports world must – like almost all other businesses – adapt quickly to survive.

Looking at the industry before the Covid-19 crisis hit, we have generally seen over the last decade how live sports events have gradually dominated viewing on regular television. For example, in depth research in the US showed that in 2018, more than 90% of the most watched television broadcasts during that year were live sporting events, a figure which had steadily risen from approximately 50% in 2011. However, for the first time, these numbers have started to fall, not because there has been a decrease in the active audience numbers for live sporting events, but because of the changing medium, platform, and format of live sports streaming.

‘Over the Top’ (OTT) mobile and social video alternatives is often hailed as a main reason for the decline in traditional television viewing and these alternatives are being embraced by a whole range of companies in the sports industry, from traditional satellite providers, to the online streaming giants who have moved rapidly to invest in sports rights, such as Amazon Prime and Facebook, and many sports organisations themselves. The aim of these OTT services is to increase and enhance viewers’ access to on-demand video content across the world; particularly as the younger generation of viewers demand greater access to content from anywhere and at any time. How traditional sports engage and utilise these types of OTT platforms could prove crucial in the battle to weather these turbulent times.

It is the access to video content where Grabyo, one of NJF’s portfolio companies, has the potential to really make a difference as the world adapts to the future of live streaming.

What Grabyo does is to allow broadcasters and content rights holders to instantly create, edit, share and monetise video clips in real time. This enables them to capitalise on the significant commercial opportunities provided by sharing live video across web, social and mobile – thereby helping brands to engage with fans. And, with more than 80% of the company’s customers being in the sports industry, the company is in a great place to help their customers as the new world of sports consumptions evolves.

Examples of how Grabyo – who note that they have seen an 80% increase in daily video consumption over the past month – is responding to the COVID-19 crisis include their partnerships with: Apex Legends Global Series to create a cloud-based production platform, built in five days, to support the increasing demand in the e-sport, and in the more traditional sport of cricket, the Caribbean Premier League to broadcast classic matches from the last seven years with new commentary and real-time updates as they happen.

However, it is not just in sports where Grabyo has responded. In April, Grabyo and MTV International announced that it had team up to create a fast-turnaround live and interactive digital gameshow series designed to entertain viewers during the coronavirus pandemic. MTV Games Live will be streamed live on MTV’s Facebook and YouTube channels and produced using the Grabyo platform.

Founded in 2013 by serial entrepreneur Will Neale and led by CEO Gareth Capon, Grabyo’s ever-growing list of big-name customers includes Sky, La Liga, The Premier League, Wimbledon, Fox Sports, and Reuters. Grabyo has enjoyed its rapid international expansion with partnerships now with over 60 premium rights holders, brands, and publishers in Europe, North America and Asia Pacific. A regular fixture in the FT’s 1000: Europe’s Fastest Growing Companies list, Grabyo has also attracted an impressive backing from a range of high-profile investors.