TalkTalk to go private in £1.1bn takeover by Toscafund

Posted on December 17, 2020 by Alistair Hardaker 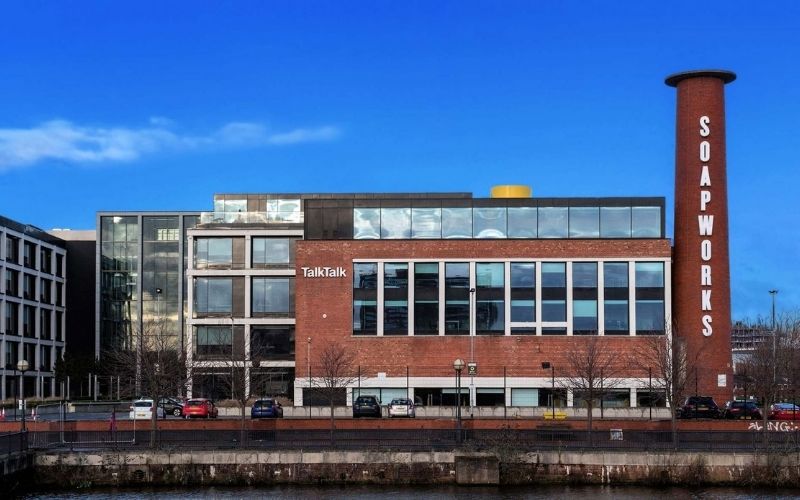 TalkTalk at the Soapworks in Salford

Listed broadband and phone provider TalkTalk has recommend a £1.1bn takeover proposal from investment firm Toscafund, which including debt values the company at around £1.8bn.

Toscafund already held a nearly 30% stake in the company, and the deal rested on approval from Founder and Executive Chairman Sir Charles Dunstone, who holds a similar sized holding in the company.

Sir Dunstone said: “I am pleased to have the opportunity to continue to be a major shareholder in TalkTalk. My decision underlines my passion for the company and the confidence the senior management team and I have about our journey ahead.”

He said that the going private would allow TalkTalk to accelerate adoption and focus on  providing affordable fibre to businesses and consumers.

He continued: “The Telecoms industry is going through a fundamental re-set and we are keen to play our part in it.”

The deal for TalkTalk, which is currently home to around 4.2 million UK customers, is expected to come into effect in the first quarter of 2021.

Ian West, Senior Non-Executive Director, on behalf of the Independent TalkTalk Directors, said the offer provides an opportunity for shareholders to recognise immediate value for their shares at a premium.

He said: “the terms of the cash offer are fair and reasonable and [The Independent TalkTalk Directors] are unanimously recommending that shareholders accept the cash offer.”

The firm also announced today that Kate Ferry, Chief Financial Officer, has decided to step down from the Board of TalkTalk after three and a half years, having lead TalkTalk through the proposed takeover.

Phil Eayres will become Chief Financial Officer of TalkTalk when Ferry steps down.

Eayres has worked with the business for over six years, initially as Operations Director in Consumer and more recently as an independent strategic advisor leading the development and disposal of FibreNation, as well as the strategic planning for the group, whilst also playing a key role in working on the proposed acquisition.