The Explainer: The Future of Money 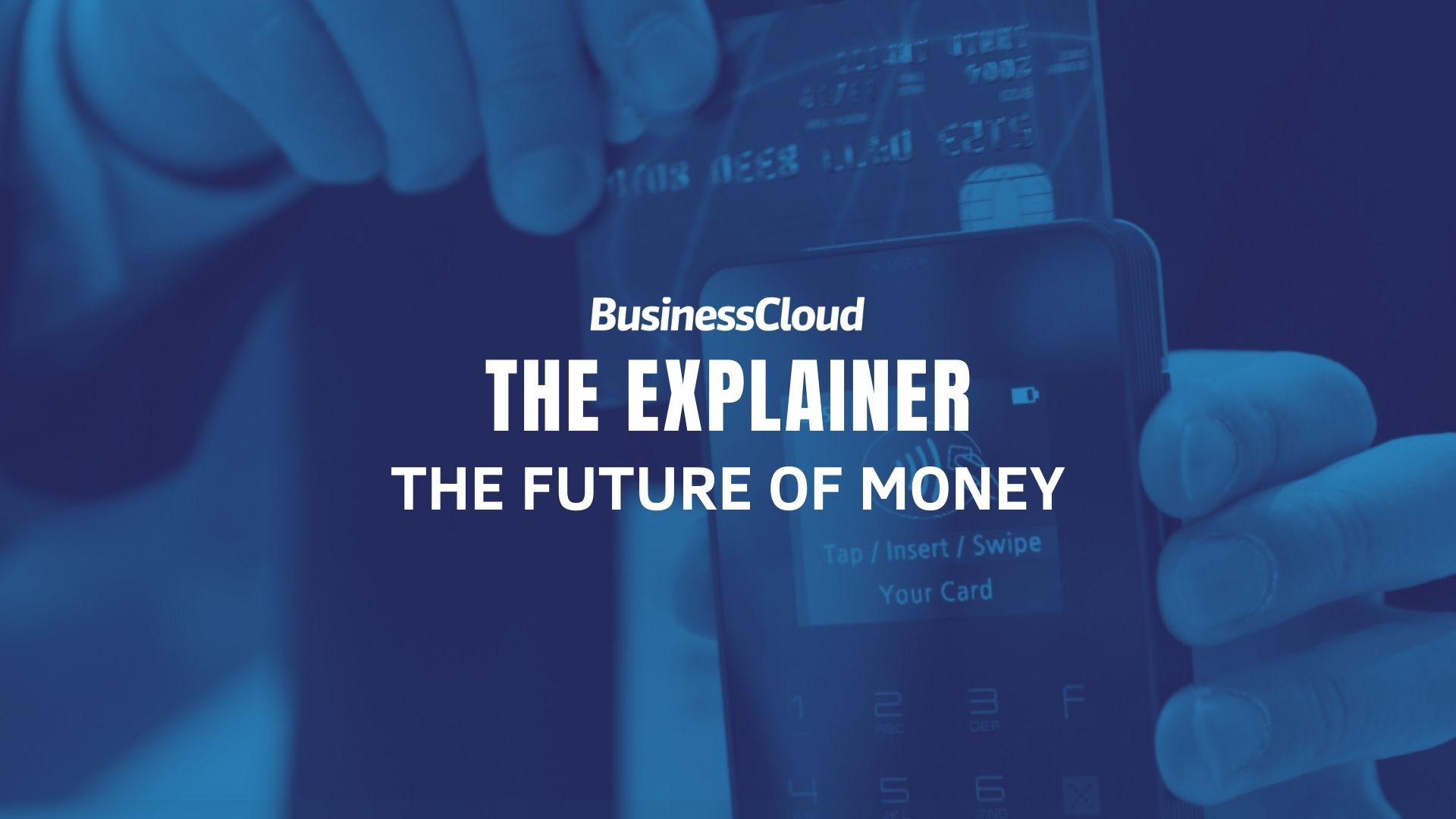 The Explainer: The Future of Money

After every contactless payment there are a series of tech operations which ultimately lead to money being withdrawn from your account.

If this line of dominoes falls perfectly, which it most often does, the process is not something the average consumer would have cause to wonder about.

And that’s the way it should be, according to a panel of FinTech experts at our latest virtual event.

Are the consumers in charge?

The firm was founded in 2006 and is headquartered in the Netherlands with international offices including the UK.

Its technology is used by the likes of Microsoft, Uber and eBay, and makes up the central domino when these firms process payments.

Neil says that PSPs such as Adyen ultimately allow retailers to accept electronic payments. Despite the listed firm being worth €42bn, he says Adyen is a ‘challenger PSP’ because of the way it approaches its responsibility in the process.

He says the challenge in the industry for PSPs and payment providers is to accept that customers are now in charge, and the established norms in a country or sector cannot be relied upon forever.

“Retailers are looking for a way in which it’s easy to give the customer choice and to offer every method,” he explains. “As consumers we don’t think about channels, we think about retailers and we want to pay in the way we’re used to.

Pointing to the speed with which some smaller firms have implemented test-and-trace technology during coronavirus, he adds: “Retailers are starting to see that the technology and apps are very accessible.”

The restrictions caused by coronavirus have also accelerated the necessity for new technology in-store, says Neil – namely the end of physical cash.

He says in the last five years cash has been declining in the UK at a rate of around 6%, and the firm is forecasting that 2020 will see a drop-off in cash of about 38%, slightly ahead of the rest of Europe.

Retailers are now looking to respond to social distancing with contactless payments, mobile selling and digital wallets. And while these are not the newest innovations in FinTech, he says the necessity for social distancing has forced retailers to think differently.

“Retailers need consider the physical set-up of the store and retraining staff alongside acquiring new hardware and software to make this work, so it’s not instant,” Neil explains.

This could involve removing registers altogether or offering eCommerce payment options via a QR code, for example.

Neil describes how a grocery retailer Adyen is working with has built an app to scan items in-store without the need to pick them up. Instead, customers finish their walk around the store and select a delivery slot for the items to be delivered.

“It’s that type of technology where we’re starting to think more about the consumer journey,” he says.

“When retail stores were closed [during lockdown], there was a portion of the UK who had never shopped online, and they began to realise that it’s easy.

“You can see new parts of the population moving to the eCommerce world – and that’s one of the interesting transitions.”

Janice Tong, Product Marketing Lead at GoCardless, is concerned not with contactless payments but the increasingly popular subscription model and its unseen challenges.

GoCardless was founded in 2011 and offers tech for optimising cashflow and collecting recurring and one-off payments in the UK and worldwide.

Tong said GoCardless is built on bank direct debit technology, which is a ‘pull’ based mechanism, giving businesses the option to decide when and how much to request in payment.

It’s the way most subscription-based businesses charge, but she explains that “historically, direct debit has been really hard to access for smaller businesses”.

“The barrier for entry is really high: there’s no developer platform or API to connect to to digitise the payment method,” she adds.

Tong says this makes it difficult and expensive for small businesses to get started with subscription-based billing, and more expensive when payments fail.

The firm’s technology connects eight direct debit schemes around the world, which allows businesses to collect direct debit payments from anywhere using only one bank account, converted into local currency via a partnership with TransferWise.

To combat this, the company has introduced Success+, a new feature which uses AI to decide the best time to retry collection – ultimately improving cashflow.

“It’s still early days and we’re really excited about what the machine learning algorithm can do,” she says.

Making sure that the subscribers are “sticky”, Tong says, is important for customer growth to continue.

“Every time a payment fails it’s a chance for your customer to re-evaluate whether they still need you. And at a time when everyone is trying to be more conscious of what they are spending, it’s a chance that you can lose a customer,” she says.

“The cost of trying to get that customer back is usually higher than the initial acquisition cost. Preventing the failure to begin with is more valuable than you can imagine.”

Is the future new or existing tech?

Gray says the UK’s FinTech ecosystem is in good shape, with the investment landscape currently second only to the US with $5bn invested.

He also points out that of the 60 FinTech unicorns in the world, 10 reside in UK – and four of these are payments companies.

But Gray also says that Asia’s payments ecosystem is ‘incredible’, highlighting the integration of payments into its most popular chat app, WeChat.

He says WhatsApp is integrating a similar function in Brazil, and that the UK could expect to see something similar.

“It’s all about proximity to the customer, and this is going to be the case across every single industry,” he says.

“Whoever owns the customer relationship has the ability to change the way that customers live and interacts. Chat is just one way; it may be apps, social media or something else.”

Gray says that partnerships between brands and FinTech firms will be key, because the expertise to build these new forms of payment still lie with payments companies.

Gray also points out that US FinTech giant PayPal has begun a push to use QR codes as a method of payment, which had already seen some traction in the UK.

“With this move from in-person to online, payments companies have benefited most,” he says. “QR codes are perfect way to pay in a socially distanced world.

“I find it quite interesting to see the rise in popularity of QR codes, and the use of it from farmers’ markets to big stores.

“QR codes have been around for so long and nobody’s been that interested in using them. Now there’s a legitimate use-case and problem to solve. It could mean there’s more penetration.

“It’s not a case of new technologies, it’s using what we already have in a more productive way.”

Are banks here to stay?

While the world of payments and finance is in a moment of disruption, ultimately these new technologies will need to prove that they are profit-making.

Loginova described the firm as a provider of the technical ‘rails’ to firms with a payments component.

She believes that banks have been focused on meeting margins, and as a result customer experience has taken a back seat. “[Banks] are big machines with a lot to think about,” she says.

Loginova  says customers are unsatisfied with experiences in bank branches and their customer service and it has been ripe for disruption. Despite this, she believes they will exist for a long time.

When looking at payments and financial services, Loginova says the smarter banks have learned how to work with FinTechs and have managed to improve their offering.

“Of all the so-called disrupters, the wiser ones have been focused on value generation to customers, and have been thinking longer-term about partnerships with other players in the ecosystem,” she explains.

“A lot of companies which really screamed about disruption and innovation five years ago… I don’t think a lot of them are still there.”

She says the payments industry has seen a lot of positive hype, but ultimately the aim of FinTechs is smooth customer experiences for the businesses they serve.

“There are still a lot of players, particularly in Asia, which go for getting as many consumers as possible on to their platforms. The question is how you eventually make money with a shorter horizon for profitability, which is as it should be.

“It is the time to focus on generating value.”

The Explainer: Amazon and eCommerce

The Explainer: VR and AR training