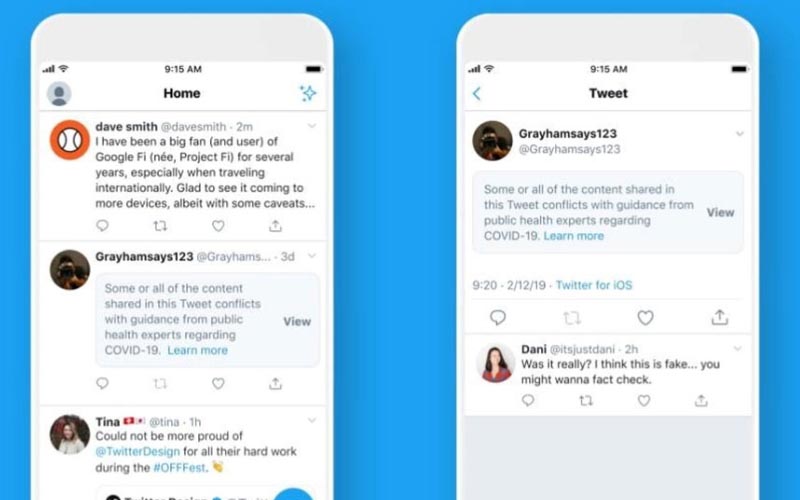 Social media giant Twitter has announced it will begin labelling and removing tweets about coronavirus which it considers misleading, disputed or unverified.

Yoel Roth, Twitter’s head of site integrity said the goal of the new feature was to pull tweets which “directly pose a risk to someone’s health or well-being” such as those encouraging users to stop social distancing.

For remaining tweets which were considered harmful, but did not pose the same imminent health risk, the content will now be covered by a warning which states “Some or all of the content shared in this Tweet conflicts with guidance from public health experts regarding COVID-19”.

Roth said an example of tweet which might now be labelled is one which disputes the origin or nature of the virus.

Users still have the option to reveal the tweet, but will also be provided with a link to discussion from official sources.

Unverified claims about coronavirus will be unaffected by the change, as Twitter targets disputed and misleading claims first.

The mechanic operates in a similar way to its existing measures against tweets which are potentially offensive or contain misleading news, which are already covered by a warning which users can reveal.

Twitter said it will use its internal systems to monitor tweets related to COVID-19, and would employ the help of non-governmental organizations and think tanks to aid in identification of content which could be considered harmful.

“One of the differences in our approach here is that we’re not waiting for a third party to have made a cast-iron decision one way or another,” Twitter’s public policy director Nick Pickles told Retuers.

“We’re reflecting the debate, rather than stating the outcome of a deliberation.”