Would you spend £100k on making a documentary about yourself? 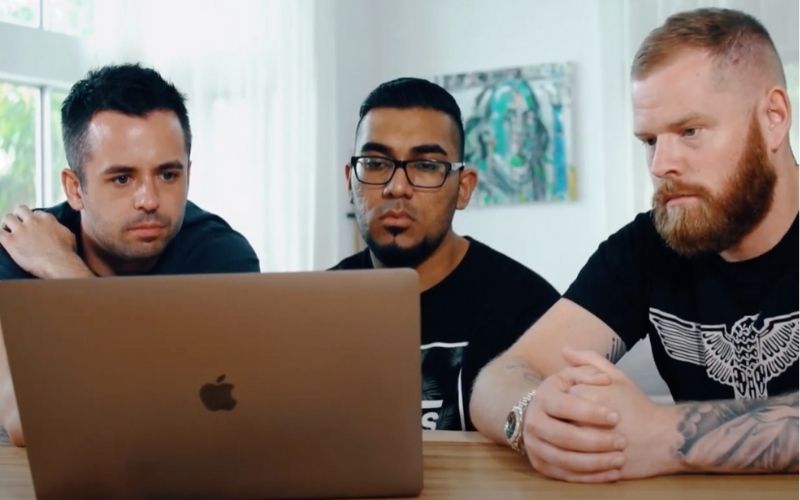 When it comes to the optimal length of a video the accepted rule of thumb is it should be two minutes or less.

Many industry analysts believe that in today’s digitally-soaked world, where attention spans are declining and the amount of content competing for your time is going up, the sweet spot is as little as 10 seconds.

However North West-based SaaS animation firm Viddyoze has ripped up the rule book by spending £100k and six months creating a 53-minute feature length documentary about the business.

The video, entitled ‘The Viddyoze Story: How We Built an 8-Figure Bootstrapped Software Enterprise’, plots the story of the business through the eyes of its three co-founders David Chamberlain, Joey Xoto and Jamie Garside.

Xoto explains: “I think we’ve got a really cool story and it’s one of the reasons why the film is quite cool. Viddyoze is not just a software company. It’s not sterile. There’s comedy, there’s sadness, there’s excitement. There are all these different elements and it’s the perfect story for a film.

“I’m a film creator. We are a content business. For us this is our bread and butter. That’s why people buy into us.”

Viddyoze’s story is as remarkable as its technology. Set up in 2015 the company’s technology allows people to create and use their own video animation in three clicks. It’s now being used in 250,000 monthly clips worldwide and clients include Tesla, Sony and PwC.

The company’s story is depicted in the graffiti art on the walls of their Preston office but they decided they wanted to do something different to coincide with a new software launch – and so the idea for the documentary was born.

Xoto doesn’t subscribe to the theory that short is best when it comes to the perfect length for a video and says long-form content creates the opportunity to tell the story and build an emotional connection with the audience.

“A lot of content is geared around short-form content,” he said. “TikTok videos are 16 seconds but I don’t want to watch 100 16-second videos.

“There’s always going to be space for long-form content. A lot of us have Netflix on our phone and we want to sit down and watch a good story. You can’t tell a good story in 16 seconds.

“Our documentary gives the audience an understanding of the story so far but it also gives them a history of the product, how it was developed and where it’s going.

“Moving forward it’s just a great brand piece and an opportunity for new people to understand who we are. If it’s at the enterprise level it’s even more effective.”

But will people watch the full 53 minutes on YouTube?

“What’s really interesting is a lot of the feedback we’ve had refers to a story with the rapper Akon in a US club and that’s right at the end of the video,” said Xoto.

The documentary is so slick that when Chamberlain produced a spoof video on April Fool’s Day joking that it was on Netflix several people – including his Mum – thought it was real.

“It humanises our brand,” said Chamberlain. “Most of our users are business owners and aspiring business owners. When we tell people about growing this business, people can relate to it.

“This gets our story out there. We’re not just a functional product that helps to make animations. We’re a business that people will enjoy engaging with because people can relate to our story.”

Chamberlain has talked before about his battle with depression while Xoto has spoken out about being targeted by racists.

“None of us are really shy about talking about negative things,” said Chamberlain. “We don’t want to put across this perfect life. It’s not what life is like.”

What’s clear from watching the video is the chemistry between the three co-founders is at the heart of Viddyoze’s success.

Chamberlain said: “Joey has the creative brain. I’ve probably got a more analytical brain for things like data and numbers. I think Jamie sits in the middle.

“When it comes to risk-taking, I’m probably the biggest risk-taker and Jamie is the most cautious and Joey sits in the middle. We’re different but that’s why it works.”

Far from being a new concept the entrepreneur said long-form content has been around for years.

“If you look at Keeping Up with the Kardashians, they used 45-minute episodic content to build one of the biggest consumer brands on the planet,” he said. “And they’ve done ok.”